Welsh connections to The Gunpowder Plot

The History of Wales

The Gunpowder Plot on 5th November 1605, was a failed attempt by a Catholic group, led by Robert Catesby, to kill King James I, by blowing up the House of Lords during the State Opening of England’s Parliament. One of the conspirators, Guy Fawkes, was discovered guarding 36 barrels of gunpowder. He was sentenced, along with seven other conspirators, to be hanged, drawn and quartered.

Welsh spymaster Hugh Owen (1538 – 1618), a fervent Catholic who had vowed to destroy the Protestant Order, is believed to have masterminded the Gunpowder Plot. He had helped plan the Spanish Armada and was implicated in plots to assassinate Queen Elizabeth I, after which he had fled to Europe.

It is believed that it was Owen who originally introduced Guy Fawkes to the other conspirators, and Owen was also named in Fawkes’ trial as the man ‘whose finger hath been in every treason which hath been of late years detected’. Owen escaped retribution, enjoying the safe haven of Catholic Europe. Several assassination attempts against him failed, and Owen died peacefully of old age in Rome.

Father Robert Jones who resided at the Jesuits’ South Wales Mission “Cwm” in Llanrothal, Herefordshire, was implicated in an attempt to save two of the Gunpowder Plot perpetrators.

Dr. Thomas Williams, the rector of St. Peter’s Church, in Llanbedr-y-Cennin, was suspected of being privy to the plot as he persuaded Sir John Wynn of Gwydir Castle and MP for Caernarfonshire, not to attend the Houses of Parliament on that day. 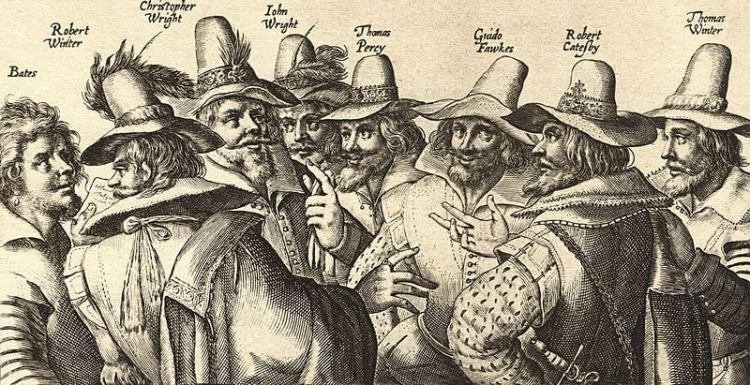